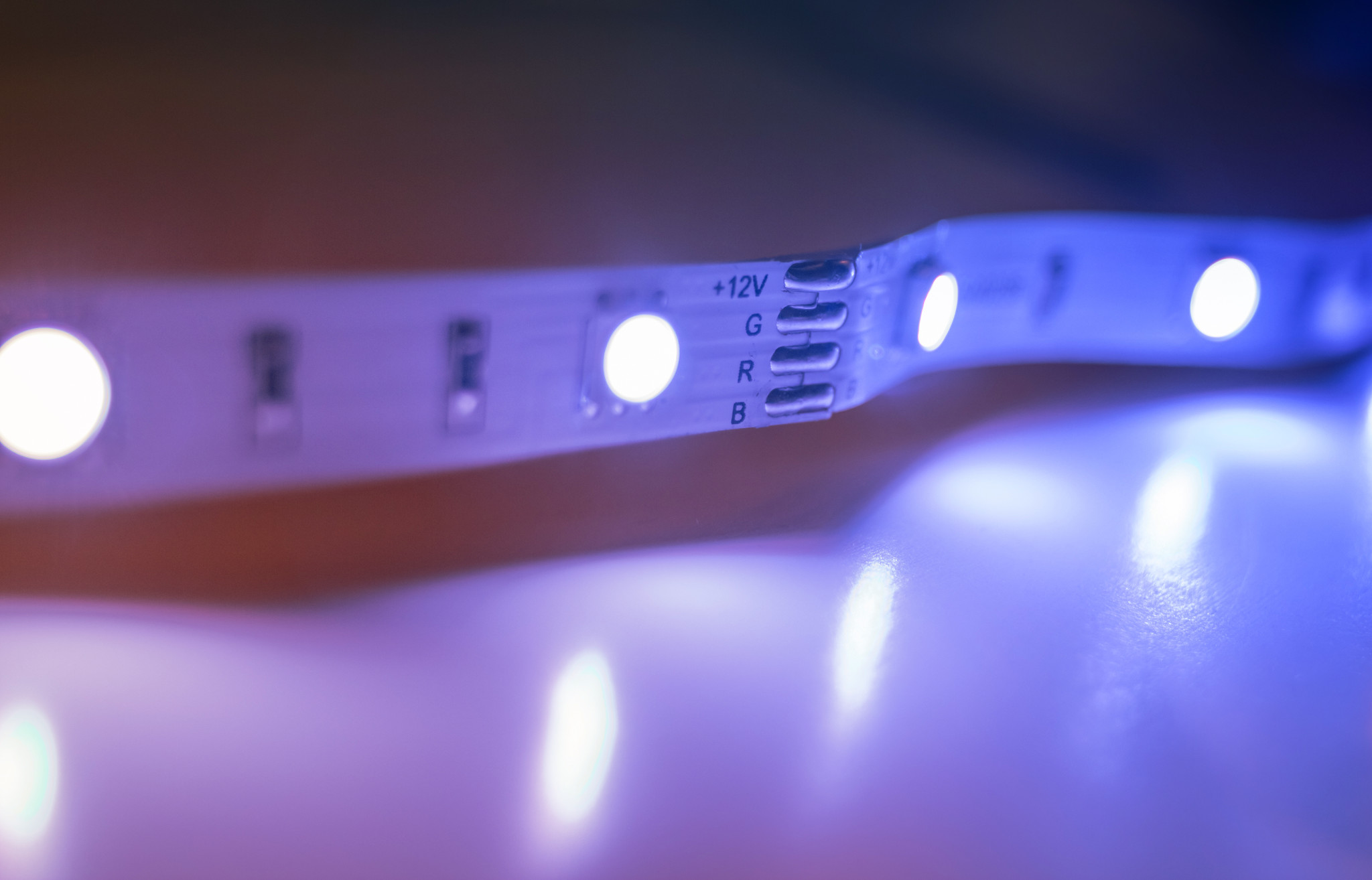 How does LED produce light?

LED lights are increasingly available as a replacement for other types of traditional lighting, such as; incandescent, halogen or fluorescent lighting. LEDs, or Light Emitting Diodes are a form of solid-state lighting. This means that LED lighting, semiconductors are used to produce light instead of a filament (incandescent lamps) or a gas discharge (fluorescent lamps). By running current through these semiconductors, these materials emit light. The colour of this light depends on the type of semiconductor used. The advantage of this type of lighting is that it produces little heat and is more resistant to impacts, vibrations, shocks and wear. As a result, the lifespan is considerably longer than other forms of lighting.

How does LED emit different colours?

LED light can emit light in many different colours. The colour that a LED can give depends on the semiconductor that is used to produce the light. For example, LED lights that produce multiple colours are often a combination of different LEDs next to each other. By placing a red, green and blue diode next to each other, every colour in the colour spectrum can be composed. These are the RGB (red, green, blue) LED lights.

Why are LED lights different from other lighting?

LED lights therefore work considerably differently from traditional forms of lighting by using semiconductors instead of other methods. Below we look at some examples of the advantages and disadvantages of the different types of lighting.

Incandescent lamps are also called carbon filament lamps. This has to do with the fact that an incandescent lamp produces light by heating a wire. By running a voltage through the wire, it becomes so hot that the wire starts to glow. This not only produces heat, but also light. However, it is not energy efficient. Much of the energy used is converted into heat, and not into light.

Energy saving lamps are also called Compact Fluorescent Lights (CFL). This is due to the fact that the light in the lamp is produced by fluorescent substances in gaseous form. In most cases, this is the toxic substance 'mercury'. When the electrons in the current that is led through the lamp collide with a mercury atom, the electrons are knocked out of their orbit. In doing so, it produces energy. The energy released is ultraviolet light. Because we humans cannot perceive ultraviolet light, a layer has been applied to the inside of the tube that can convert the ultraviolet light into warm visible light.

Halogen lights work essentially the same as incandescent lights. However, halogen lights become very hot. For this reason, halogen lights must always be fitted with quartz glass. This type of glass is heat-resistant to prevent cracks. There is a gas in the glass bulb to prevent stains on the surface.

Advantages and disadvantages of LED lighting

When we look at LED lights, it is noticeable that the light has a high energy efficiency. LED lights do not lose any energy when they are warmed up. As a result, a LED light can be up to 90% more efficient than an incandescent lamp. Because LED lights are so energy efficient, they need less power to produce the same amount of light. They are therefore mainly energy efficient.

The lifespan of LED lights is long. Up to 50 times as long as the lifespan of an incandescent lamp. This means that you need to buy up to 50 less bulbs.

Finally, LED lights are available in a wide range of colours. In this way, these lamps can emit hot to cold light. But also all the colours you can make by mixing the colours red, green and blue.

There are no comments yet, be the first one to comment

Small steps towards a sustainable world

Tips and Tricks for Dimming your LED Lights

Which light intensity is suitable for which room?

What do I do with my old LED lamps?

How to live more sustainable