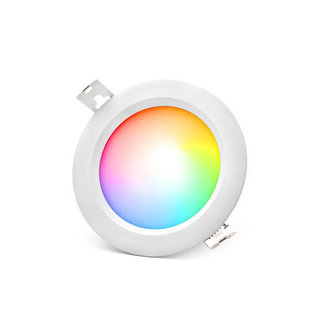 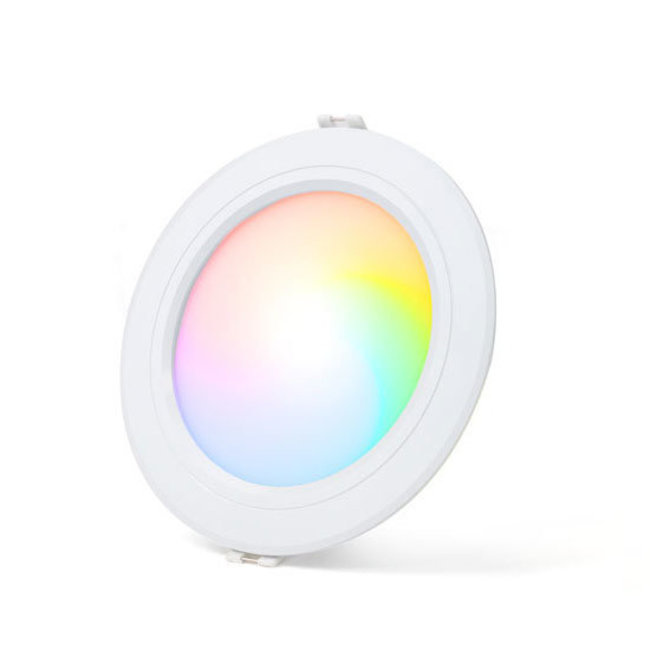 What is an RGB+CCT LED downlight?

With an RGB+CCT LED downlight, all colours can be created. RGB stands for red, green and blue. Any desired colour can be created with these primary colours. In addition, all white tones can be selected. This is everything between warm white and cold white. This can be done with a radio remote control.