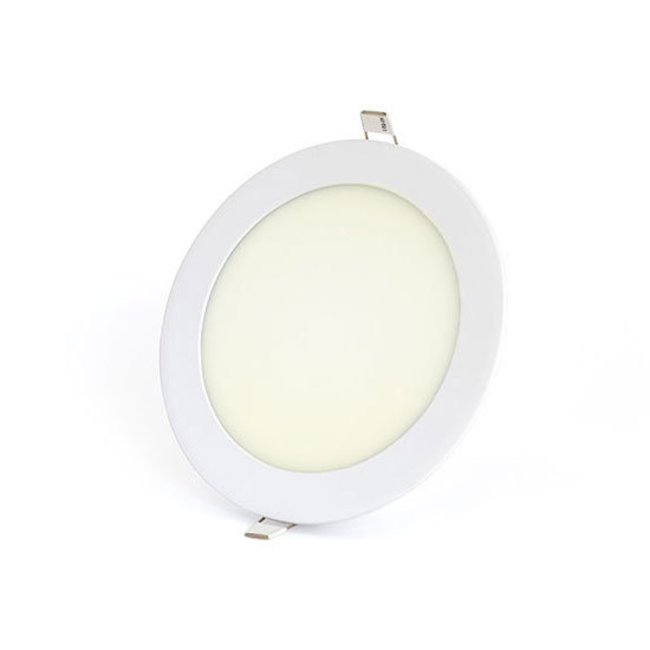 What is a round LED downlight 12W?

Our LED downlights are offered in different colour temperatures. One of these colour temperatures is warm white (3000K). This light colour is often used to create a cozy atmosphere. We also offer these LED downlights in bright white (4000K). This light colour is mainly used in offices or other spaces where a good concentration is important. In addition, the colour cold white (6000K) is also offered, this colour most closely matches the colour of daylight. This is seen as an unpleasant light colour because of the blue glow. You will therefore see this colour of light in rooms where good visibility is important. The RGB+CCT LED downlights can also be found in our assortment. RGB stands for red, green and blue. These primary colours can be used to create any desired colour. CCT means that the colours warm white, bright white and cold white can be created. The RGB+CCT LED downlights can be operated by radio remote control.

Our LED downlights are standard delivered with a dimmable driver that is flicker free. This gives you the possibility to dim the LED lamp. You can do this by using aLED dimmer phase cutting and trimming 230V. You can then operate your LED downlighter with a wall dimmer. For the RGB+CCT LED downlights you need aRGB+CCT remote control.